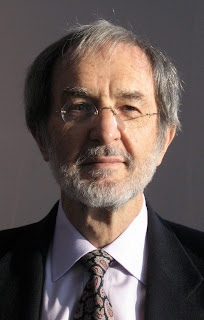 On Saturday, February 19, 2011 at 1:30pm, Sagamore Hill National Historic Site in partnership with the Friends of Sagamore Hill and Eastern National will host Edmund Morris, best-selling author of the Theodore Roosevelt trilogy at Christ Church Parish Hall in Oyster Bay. Mr. Morris will discuss and read from his latest book Colonel Roosevelt and host a question and answer session. In addition, Mr. Morris will sign his book following the discussion. Copies of Colonel Roosevelt will be available for purchase. At the conclusion of the event, complimentary snacks and light refreshments will be available courtesy of the Friends of Sagamore Hill. Activities will conclude by 3:30PM. Information and directions to Christ Church can be found at www.christchurchoysterbay.org/ or by calling 516-922-4788.

Colonel Roosevelt, the final volume of Morris’s trilogy on the life of our 26th president, covers the last ten tumultuous years of TR’s life--years in which he hunted lions and elephants for the Smithsonian, ran for a third term in the White House (a nearly-successful effort that earned him a bullet in his chest), and became an apostle of US involvement in World War I. His first biography on TR, The Rise of Theodore Roosevelt, won the Pulitzer Prize and National Book Award in l980. In 2001, its sequel, Theodore Rex, was a Los Angeles Times Book Prize winner and a bestseller. The two books have a combined one million copies in print.

Mr. Morris has written extensively for such publications as The New Yorker, The New York Times, Wall Street Journal, and Harper’s. In addition to appearing on national television, Morris has lectured at many venues, including Harvard, Princeton and Brown Universities, the New York Historical Society, the 92nd Street Y, the National Portrait Gallery and the Metropolitan Museum of Art. He lives with his wife and fellow biographer Sylvia Jukes Morris in New York City and Kent, Connecticut.

Because President’s Day is a school holiday and children will be home for the day it provides an excellent opportunity for them to visit the home of Long Island’s most famous resident and to learn about Theodore Roosevelt, his home and family. The site is offering some especially developed activities for children who want to earn the National Park Service Junior Ranger Badge.

Sagamore Hill National Historic Site, located at 12 Sagamore Hill Road, Oyster Bay, New York, is a unit of the National Park Service. The site was established by Congress in 1962 to preserve and interpret the structures, landscape, collections and other cultural resources associated with Theodore Roosevelt’s home in Oyster Bay, New York, and to ensure that future generations understand and appreciate the life and legacy of Theodore Roosevelt, his family and the significant events associated with him. Tours of the home are limited to fourteen persons and are offered on the hour on Wednesdays through Sundays from 10am to 4pm. Tour tickets are five dollars each and tickets are sold on a first-come-first-served basis each day beginning at 9 AM. The grounds of Sagamore Hill are open year round from sunrise to sunset. For further information, visit our website at www.nps.gov/sahi, or call 516-922-4788. Be sure to follow us on Twitter for updates @SagamoreHillNHS and on Facebook
Posted by Oyster Bay Main Street Association at 10:27 AM