The 'Best of Long Island' May be Found in Oyster Bay! 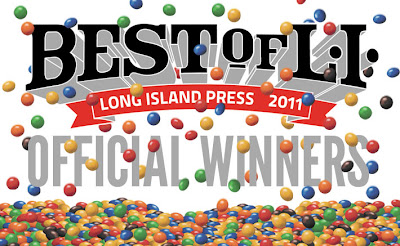 The Planting Field Arboretum in Oyster Bay is a former Gold Coast estate with more than five gardens, along with more than 200 beautiful acres of paths and greenhouses. They also show current innovative garden techniques and information on new plant selections.

Coin Galleries of Oyster Bay with their flagship store at 90 South St in oyster Bay was included on both the "Best Gold Buyer" and the "Best Collectible and Nostalgia Store on Long Island" lists.

Coin Galleries of Oyster Bay has the widest selection of treasures on Long Island. Whether you’re trading something in or treasure hunting. Day after day, they provide Long Islanders with the best price for their possessions.

Photos of the welcoming interior of the Blue Water Spa.

Blue Water Spa at 21 West Main Street made a first-time appearance to the "Best Day Spa on Long Island" list. Owner Rachel Lozina was proud that the business has been such a success in a down economy, since opening in 2008. "We really care about our clients and they expect nothing but the best from us." Among the services they provide include massage, anti-aging facial treatments, body scrubs, and laser hair removal and waxing.

Finally, the Oyster Festival remains a perennial favorite to voters, and was named on the "Best Annual Event/Festival on Long Island" list.

The Oyster Bay Oyster Festival was started in honor of one of Long Island’s most successful residents-Theodore Roosevelt. The festival was started to celebrate Roosevelt’s 125th birthday, and was such a success that it became an annual event. Today it has over 300 food vendors, rides, entertainment and tours of historic ships and vessels. And don’t forget the oyster eating and shucking contest-an even that always draws a large crowd.