Oyster Bay, New York – Nearly four years to the day since he first arrived, Isaac D. Kremer announced that he will be leaving the Oyster Bay Main Street Association where he served as Executive Director to assume a new role with the leading historic preservation organization in Austin, Texas.

“These past four years have provided a remarkable opportunity for personal and professional growth,” Kremer said. “The Main Street Association is now more focused on the historic preservation aspect of their mission than at any time ever before, and they now have the resources to carry out that mission.”

During his tenure several major historic preservation and building renovation projects were undertaken and completed, most notably the restoration of the historic Octagon Hotel. Theodore Roosevelt ran his campaign for Governor from this building and was a frequent guest. Close to another dozen projects followed, resulting in creation of new residential and commercial units downtown.

Several major State and Federal Grants were secured. This included $700,000 through the New York Main Street Grant program, and another $70,000 from the Federal Preserve America program. When private and philanthropic gifts for projects such as the Octagon Hotel and a new interpretive and way-finding signage program are added, the amount raised in support of historic preservation and heritage tourism in Oyster Bay during Kremer’s tenure topped out at nearly $1 million. 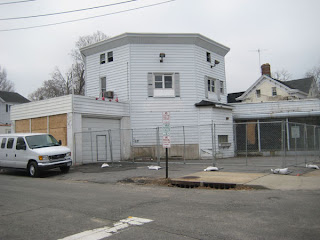 Partnerships were an important key to success. Projects with Sagamore Hill National Historic Site helped to highlight the many buildings with Theodore Roosevelt ties in the downtown. Oyster Bay was a founding member of the Gold Coast Mansions Historic Long Island Alliance to market and promote historic sites on Long Island. At the Federal level, Kremer participated in advocacy efforts for historic preservation through membership in Preservation Action and the National Trust for Historic Preservation's Main Street Center. He was also a member of the Rotary Club of Oyster Bay serving as Community Service Chair and President Elect.

The Main Street Association membership has undergone a remarkable transformation and growth over the past four years. The level of member giving reached the highest level in the history of the organization in fiscal year 2011, following upon four consecutive years of growth.

“What this shows is that the level of support for the Main Street organization mission among our members is the strongest it has ever been,” said John Bonifacio, Oyster Bay Main Street Association President. “This is a tribute to Isaac and his tenacity to lift up downtown Oyster Bay, by re-affirming our commitment to historic preservation.”
The success in Oyster Bay is not measured merely by renovated buildings. Several new initiatives were started while Isaac was in Oyster Bay including the Oyster Bay Farmers’ Market, the Sundown Concert Series, Dancing in the Street, and many others. Individually and collectively these helped to attract people downtown once again.

Thirty businesses have opened or expanded in the downtown. Several of these business opened in under-utilized or previously vacant buildings that were upgraded and renovated thanks to State and Federal grants, as well as significant private investment.
This is a pattern that will hopefully continue moving forward. There are several large-scale projects such as restoration of the Hillside mansion (formerly the Trousdell House on East Main Street), as well as restoration of the Snouder’s Drug Store, and the Oyster Bay Long Island Railroad Station that will continue. By conservative estimates, close to $10 million in active or pending projects are underway that add to the over $30 million of investment made over the past decade.

“None of our success in Oyster Bay would have been possible without the support of the Oyster Bay Community Foundation, the Bahnik Foundation, and, most importantly, the time, passion, energy, and commitment of our Board of Directors and Members,” Kremer said. He added that on a personal level, “Oyster Bay gave me the greatest possible gift – I met my wife here and we have two beautiful sons. This is the legacy that I will forever be proudest of.”

Kremer hopes to come back a couple of times a year and to keep track of continued change and improvement in Oyster Bay. “Nothing would please me more than being able to stay at a bed and breakfast in a beautifully restored historic building near the downtown, and see Oyster Bay fully realize its potential to become one of the leading and most highly regarded small towns in America. The home town of Theodore Roosevelt deserves nothing less,” Kremer said.