“OYSTER FLIX” Ready for its Next Close-up, Movies the 2nd Friday of Each Month 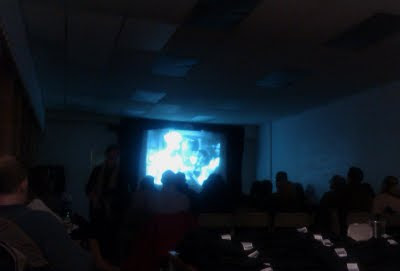 The first three evenings of the new “Oyster Flix” movie series attracted many filmgoers eager to see the return of movies to downtown Oyster Bay. The premiere offering of “Sabrina” in February, the second presentation“The Great Gatsby” in March, and the third offering of “North by Northwest” in April all played to enthusiastic audiences. Now it is time for the second series of three special film evenings.

Continuing with our theme of films in some way connected to Long Island, OBMSA is proud to announce the next series of three, all held on the second Friday of the month:

The time is 7:30 p.m. at the OBMSA office (aka Oyster Flix Theatre), 17 Audrey Avenue. Come early to get some popcorn—provided by Bob Liebert of Gooseberry Grove—and candy and a good seat; stay late to participate in a discussion after the film. There is a $5 suggested donation per person at the door.

Contact www.oysterbaymainstreet.org or 516-922-6982 for more information.
Posted by Oyster Bay Main Street Association at 9:27 AM