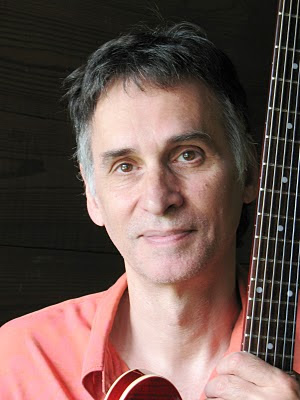 Downtown Oyster Bay will again be the place to hear and enjoy live music this summer. Following the enthusiastic response to last summer’s “SUNDOWN” Concert Series, the Oyster Bay Main Street Association (OBMSA) is ready to roll out the musical red carpet for this year’s events. An exciting and varied mix is planned. Diane Meltzer, Chair of the OBMSA Promotion Committee, said “we are thrilled to be bringing live music to the downtown area for a second year of warm weather outdoor concerts.”
The main focus will be on the “First Thursday” of each month, 7-9 p.m., from May through September. To enhance the Art Walks that are already in place on “First Thursdays”--with their wonderful gallery exhibits, wine tastings, restaurant specials, and general bonhomie--live outdoor music will add another option for residents’ and visitors’ entertainment.
Each month will feature something different. The season kicks off on May 6th at the Teaching Studios of Art, 115 Audrey Avenue, where the OBMSA will host a get-together open to the public, which will coincide with the Studios’ new registration period. In an acoustic setting, John Bruschini’s nylon string guitar and Dale Kleps’ flute and reeds will present fresh interpretations of traditional jazz and classical music, mainly from Argentina, Brazil, and the U.S. The sound will compliment the classical art being taught and on display. Refreshments and drinks will be served.
The June 3rd, July 1st, and August 5th concerts will take place at Renaissance Plaza, in the courtyard on Audrey Avenue behind Chrison & Bellina at 24 Audrey Avenue. In case of rain, the music will set up at Atelier/Fine Arts, 9 East Main Street. Bring along a chair and supper if desired.
June 3rd will showcase Tom Licameli, a guitarist and songwriter of the Indie rock band “Knockout Drops” from New York City, and producer of their 2005 rock n’ roll theatre show Escape from Bellevue. For Oyster Bay, Tom will deliver a solo acoustic act of rock n’ roll classics, Beatles favorites, the Who, the Byrds, Neil Young, Tom Petty, Radiohead, and other contemporary greats.
July 1st will herald the Independence Day weekend with the jazzy return of John Bruschini and Dale Kleps as the “Downtown Earth Duo;” this time playing electric guitar and tenor saxophone, respectively.
Bruschini’s compositions will combine improvisation and spontaneity into 20th century jazz tunes and 21st century hot numbers.
August 5th is the date for “Acoustifunk.” This dynamic acoustic duo—Matt Sweeney and Greg Romano singing and playing guitar—present their unique take on classics by the Allman Brothers, Rolling Stones, Bob Marley, Van Morrison, Marvin Gaye, and others. The audience just might turn the courtyard into a dance floor!
September 2nd concludes the series with a bang! The Homestead outdoor patio, 107 South Street—site of last summer’s “Judy Garland Revue”—this summer will be the site for singing sensation Don Anthony and his Songs of the Stars. Reserve a table for dinner or just sit on a lounge and order a drink, while this professional entertainer wows the ladies (and the gents) with his renditions of Frank Sinatra, Dean Martin, Tom Jones, Bobby Darin, Elvis, and who knows who else?! He’s played everywhere except Vegas—so far—and now The Homestead!!
First Thursdays in downtown Oyster Bay this summer promise to be a treat for both eye and ear, so mark your calendars now.
Posted by Oyster Bay Main Street Association at 7:17 AM