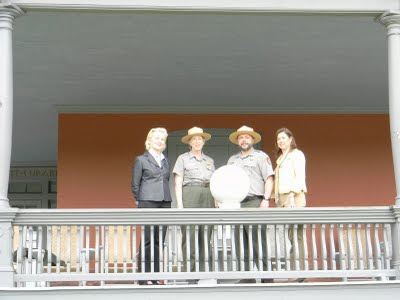 The “Pearl of Oyster Bay” was awarded to Sagamore Hill National Historic Site this week, one of 19 sites in the area elected by the community as a "Pearl of Oyster Bay". Sagamore Hill, family home of President Theodore Roosevelt, was designated a unit of the National Park Service System in 1962 and welcomes more than 50,000 visitors from the community and around the world who visit the Roosevelt Home and grounds each year.

The sculpture project now has an underwriting sponsor, Superior Concrete of Brooklyn owned by local resident Constance Cincotta. The 20x40 foot pearl necklace sculpture will be cast in concrete supplied by Superior Concrete. The project has also been funded by an initial grant by the Oyster Bay Main Street Association and the New York Foundation for the Arts. The project, however is still in need of funding to bring it to completion. Interested donors should contact Jerelyn Hanrahan at Atelier Gallery 516-205-0907 for more information. 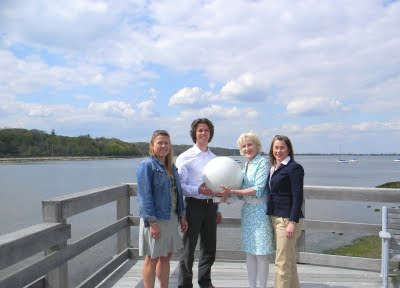 Dawn Riley of Oakcliff Sailing Center and David Waldo of The WaterFront Center accept a pearl on behalf of the waterfront. 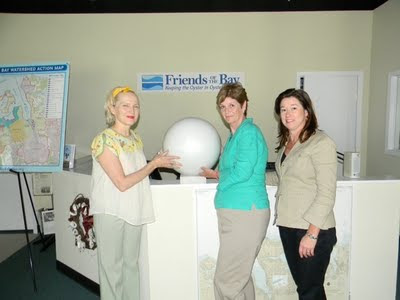 Pat Aitken, Executive Director, accepting a pearl on behalf of Friends of the Bay 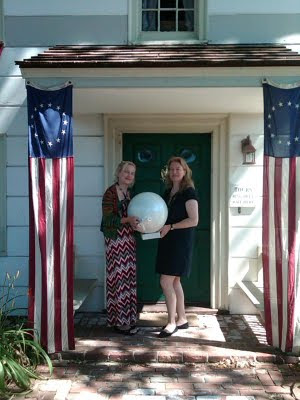 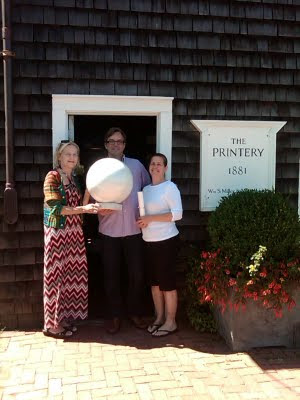 Pearl presentation to William Miller and Mary Abbene of The Printery on West Main Street. 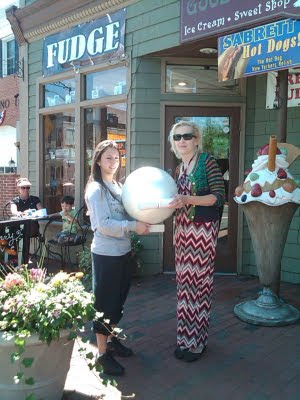 Another pearl presentation to Gooseberry Grove on East Main Street. 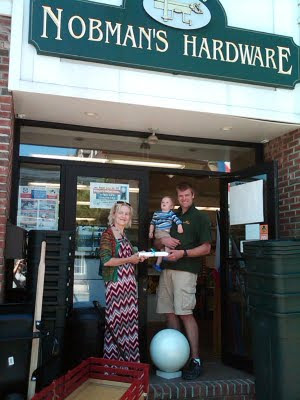 Nobman's Hardware accepting a pearl with Derrick Nobman, 4th generation to own and operate the business. 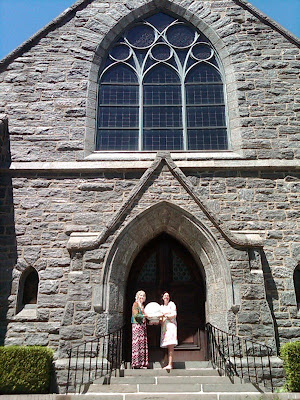 And, finally, St. Dominic's Chapel, another pearl of the community.
Posted by Oyster Bay Main Street Association at 2:54 PM