Dan Burden of Walkable Communities will return to Oyster Bay 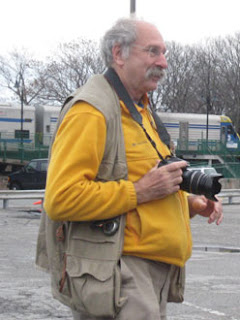 Dan Burden of Walkable Communities will return to Oyster Bay March 14 – 15, to help the community develop a vision for the Town of Oyster Bay’s Municipal Lot #06, also known as “Firemen’s Field.” The Oyster Bay Main Street Association, Chamber of Commerce and Civic Association are co-sponsors of the event, and additional sponsorships are still available. Mr. Burden, who has expertise as a community consensus builder, will serve as a neutral facilitator and will help the community address the concerns and opportunities raised by the Theodore Roosevelt Association’s (TRA) proposal to locate a Theodore Roosevelt Presidential Museum and Research Center at Municipal Lot #06.

The co-sponsors invite members of the community – no matter whether you are for, against, unsure, or simply want to learn more about the museum proposal – to attend a Walking Tour followed by a Town Meeting to consider the TRA proposal and it’s location at Firemen’s Field. Mr. Burden will also explore and respond to other suggestions the community proposes, such as a smaller scale TR Museum Visitors’ Center at the site for people arriving by train – in the event that the TRA finds another location that is a jitney ride away from the village – or other non-museum proposals for the site that may arise.

The Walking Tour at the proposed site will begin at 10 a.m. on Saturday morning, March 15th; the Town Meeting will be held that afternoon from 2:00 – 4:30 p.m. at St. Dominic Canivan Hall auditorium located at the northwest corner of Anstice and Burtis Streets.
Dan Burden is a world-renowned expert in parking, traffic, streetscape, “placemaking” and walkability issues as well as an experienced facilitator with groups of opposing interests and opinions. He will be accompanied by an architect, Edward Erfurt, who can address concerns about the proposed museum’s scale and design.

We are delighted that Dan Burden will be returning to Oyster Bay, a place he knows well, to help our community address the TR Museum proposal at Firemen’s Field. Dan brings 25 years of experience in towns and villages across America helping people resolve complex issues in a positive way. We hope you’ll join us for the Walking Tour and Town Meeting March 14 – 15.

Posted by InOysterBay at 1:58 PM